After posting extensively on the ReadyNAS Forum, I’ve found myself repeating comments quite regularly. As there is no wiki or other means to consolidate those comments and input, I decided to setup this blog to sporadically capture some of those repeated items. Hope it helps, both ReadyNAS users, and myself (by saving a little effort) 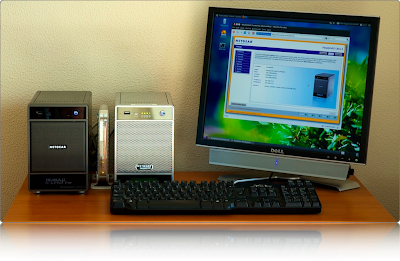 In the picture opposite I have a ReadyNAS Ultra-4 (black) to the left, a ReadyNAS NV+ (silver) to the right, with a GS608 Gigabit Ethernet switch between them (since upgraded to a GS108Tv2). PC to the right is a linux server I use for testing. An additional ReadyNAS Duo v2 used primarily for TimeMachine backups is not shown. 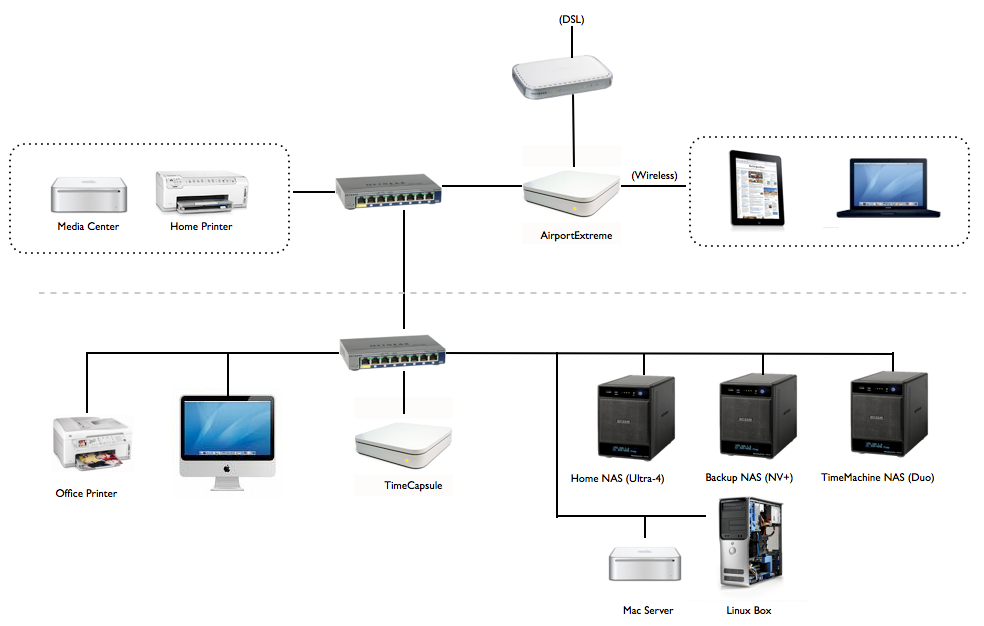 How to Setup ReadyNAS Permissions

There have been many questions on the ReadyNAS forum regarding how to setup file sharing permissions when running a NAS with User security mode.